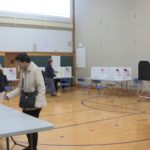 Cicero Voters Say This Year’s Election Has a Different Feel

CICERO, N.Y. — To many voters, this Election Day doesn’t feel like just another year at the polls. Voters at Cicero Elementary School, like retired resident Ramona Wheeler, are feeling a deep sense of urgency. “I do, I do. I think that because so many people are getting involved, more so than I can ever remember, […] 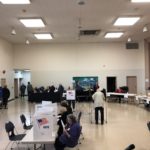 The Importance of Voting

Today is election day and people are going to the polls at a higher rate than last year, but less than presidential elections, said Martha Christiano, the polling place director at Salina Town Hall. She said it is important to vote and people who don’t have no right to complain. “When people don’t come out […] 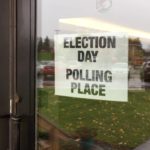 On election day in Liverpool, Nilsa Mariano and Whittaker Duane cast their votes to support issues they consider central: for Mariano, immigration, and for Duane, healthcare. Although the 11 A.M. weather was less than ideal, the pair, alongside many others, were not deterred from coming to the Redeemer Evangelical Convent Church to exercise their rights. 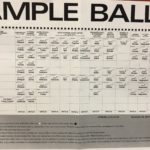 Midterm elections have started and Central New York residents are taking to the polls to cast their votes. Polling places across the community opened as early as 6 a.m. and residents were lined up everywhere to ensure their voices are heard. While some are concerned about issues like health care and social security, others simply […] 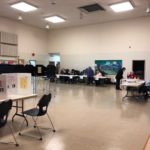 After the wave of morning voters, poll workers at the Salina Town Hall were ready for the next rush of voters in the early afternoon. Several people filed in to cast their ballots while on lunch breaks from work, including some who made sure to come out this year even after not regularly voting every November. 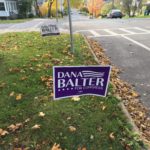 CNY Political Yard Signs: Could They Impact the 2018 Election?

It is Election Day 2018! One political science professor at Syracuse University is taking a look at the race in the 24th Congressional District through yard signs. Democracy in Action’s Greg Bradbury explains out how he thinks these could play a role in the race between John Katko and Dana Balter.