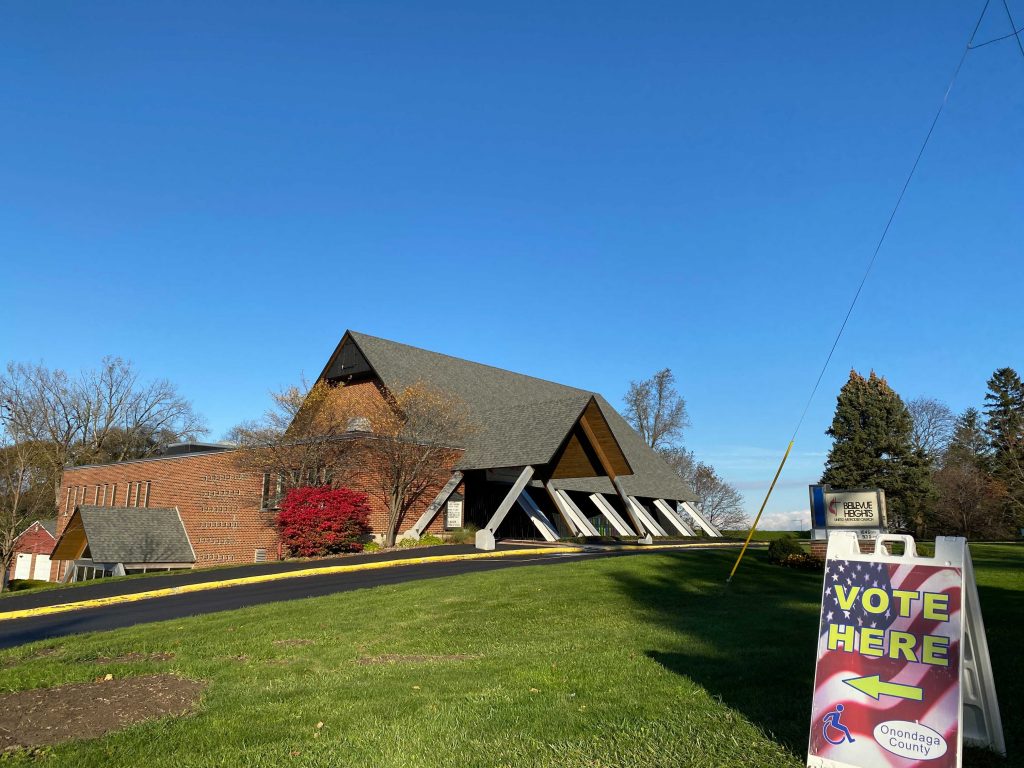 SYRACUSE, N.Y. (DiA) – When Emad Rahim lived under Cambodia’s communist regime, voting was illegal. Since coming over as a refugee in the 1980s, Rahim has utilized his “privilege” to vote and make a change at the local level.

Rahim and residents across Syracuse traveled to the polls today to vote on several local offices such as mayor as well as state-wide issues like a proposition to allow voter registration on election day.

Although there were no national races, many Onondaga county constituents voting at Bellevue Heights Methodist Church felt as though local elections are the best way to make broader change.

“I want to vote some Republicans into local office, not just the president,” James Abear said. “Because if you want change you gotta get there and be part of it”

Abear said that if other Syracuse residents don’t choose to vote, they’re part of the problem instead of using their voices to create change. Abear noted that voter registration and voter identification laws were two of the main issues he focused on when deciding on who to vote for.

Retired school administrator Pam Monaco said that young adults are a historically underrepresented group in voting, especially in years with just local elections. She admitted that when she was younger she didn’t vote, but now that she’s retired and has fewer distractions, she is a committed voter. Monaco said Donald Trump’s presidential term made her talk about politics more and proved to her how important voting is.

Rahim’s wife Cjala Surrat agreed that voting is a privilege and should be taken seriously.

“It’s an important part of our democracy. It’s something that a lot of people fought for and it’s a privilege to be able to participate,” Surrat said.

According to Surrat, the propositions on the back of the ballot don’t receive enough attention from the community. Some of the state-wide propositions include same-day voter registration (the current law states voters must be registered 10 days prior to the election) and a proposal to allow “no-excuse” absentee voting. Currently, the only people eligible for absentee ballots are those who are out of town on election day as well as ill and disabled people. Although many absentee ballot rules were changed in the pandemic, this amendment to the New York state constitution would make these changes permanent. In addition, four villages and towns in Onondaga county are voting on whether to allow retail marijuana stores.

Rahim agreed that the ballot should include more information about the propositions, such as references of where to find information on the issue, even if it’s stored in a public place.

Voters referenced several issues such as education, the COVID-19 pandemic, and healthcare as the main focus for their decisions. But above all, making change in their community was of chief concern.

“It’s always important to vote, to be a member of the community, I just think it’s important and I wanted to teach my granddaughters the process,” Linda Abear said.