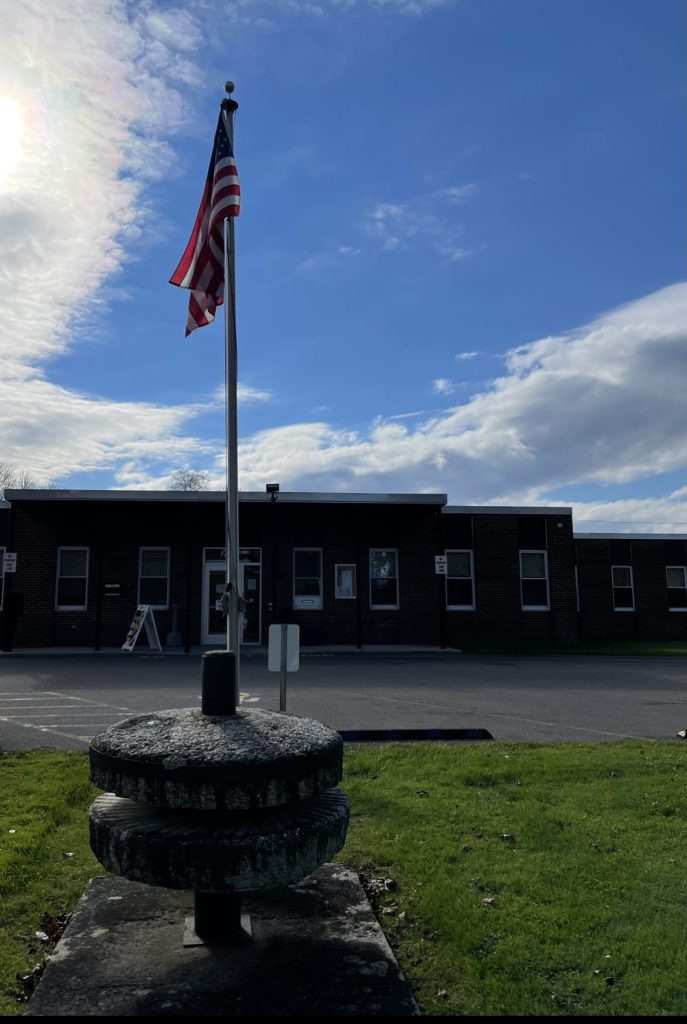 Tuesday, November 2, 2021 / Van Buren, NY - The outside of the Van Buren Municipal Office where residents come to vote. The calm scene reflects the voter turnout at this location. (c) 2021 Anthony Ruggiero

Anthony Ruggiero
This is the eleventh and final day the polls are open in Central New York. The polling place at the Van Buren Municipal Offices are relatively quiet today. As of one p.m, there were 217 people who voted. However, the people who came are adamant that you do too. One voter who refused to give her name says she has taken advantage of the absentee ballot, but is happy to be back voting in-person on election day.

Unnamed Voter
“I just like the idea of actually coming out to cast my ballot and just particularly now because covid is getting a little better just that freedom to go out and show people that you are actually voting.”

Ruggiero
Voting in person also has its assurances to it. Resident Charity Gustke says in person voting holds the people more accountable.

Speaker: Charity Gustke
“Because I believe in in-person voting and voter identification and I want people to know who I am.”

There were 217 people that came through in the first seven hours according to polling site manager Gail Kelly. Her and her staff says they were expecting more people, especially around lunchtime.

Polls have been open for eleven days in New York, and with absentee ballots in the mix as well, many people may not show up on election day. A women who asked not to be named told us that you should still come out to vote rather than send in an absentee ballot.

“I just like the idea of actually coming out to cast my ballot and just particularly now because COVID is getting a little better, just that freedom to go out and show people that you are actually voting,” the woman said. 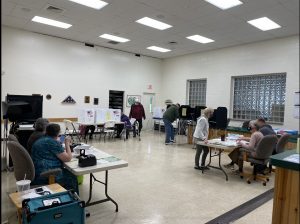 Tuesday, November 2, 2021 / Van Buren, N.Y. – The inside of the Municipal Offices where Van Buren residents cast their votes. Poll workers admitted to having a bit of down time throughout the slower day.

The woman took advantage of the absentee ballot last year during the height of COVID-19, but knew it was time to get back outside and switch back to in-person voting.

Another advantage of in-person voting: you know it is you who is actually voting. Charity Gustke came to the polling place with her niece Mayah. Charity exclaimed that people take a more secure approach and follow the path that people have voted for decades before.

“I believe in in-person voting and voter identification and I want people to know who I am,” Gutske said.

Mayah, who is too young to vote herself, wore her Aunt’s “I voted” sticker proudly on her forehead. A simple, goofy gesture brought smiles to the two elderly folks who were about to cast their votes themselves.

The Municipal Office is home to voters new and old. Bonnie Wagner has been voting here for the past 12 years. Casey Palmer, who has worked for the Codes Office for two years and grew up in Van Buren, will vote at the Town Hall for the first time after polling places have been moved from churches.

You have until 9 p.m. to participate in your civic duty today. To find your polling place, visit www.vote.org.