Camillus residents will not be voting for a new mayor of Syracuse, but are showing up for different reasons. (c) 2017 Frank DeLuca

CAMILUS, N.Y. (Democracy in Action) – The Syracuse mayoral race is all over local headlines, but that’s not on the ballot at the Elks Lodge in Camillus.

Even so, voters are turning out in a solid number to make their presence felt in the community.

“What brought me here was the back of the ballot,” voter Dave Gangemi said.

Gangemi said he was focused on the three main amendments featured on the ballot this year:

Voting officials said they usually prepare for a weak turnout.

“You bring your knitting, or your Kindle or whatever because you’ve got a lot of downtime,” said voting system specialist Debbie Updike. “We haven’t had that. We haven’t been crazy, but you can tell we’ve been steady.”

“It’s a larger number than we’d typically see in an off-election year,” voting system specialist Pete Petrone said. “We can’t say for sure, but our guess is it’s the constitutional convention because that’s the one that’s received the most press the last couple months.”

The issues on the back of the ballot are more divisive than the candidates on the back. In fact, most of those issues were decided even before the vote.

“Most of the local town offices are running unopposed, so there’s really only a couple of actual ballots where there’s more than one candidate running,” Petrone said.

Voters like Gangemi would’ve showed up no matter what.

“I taught school and used to preach it to my students, so I figured I should practice what I preached,”Gangemi said. 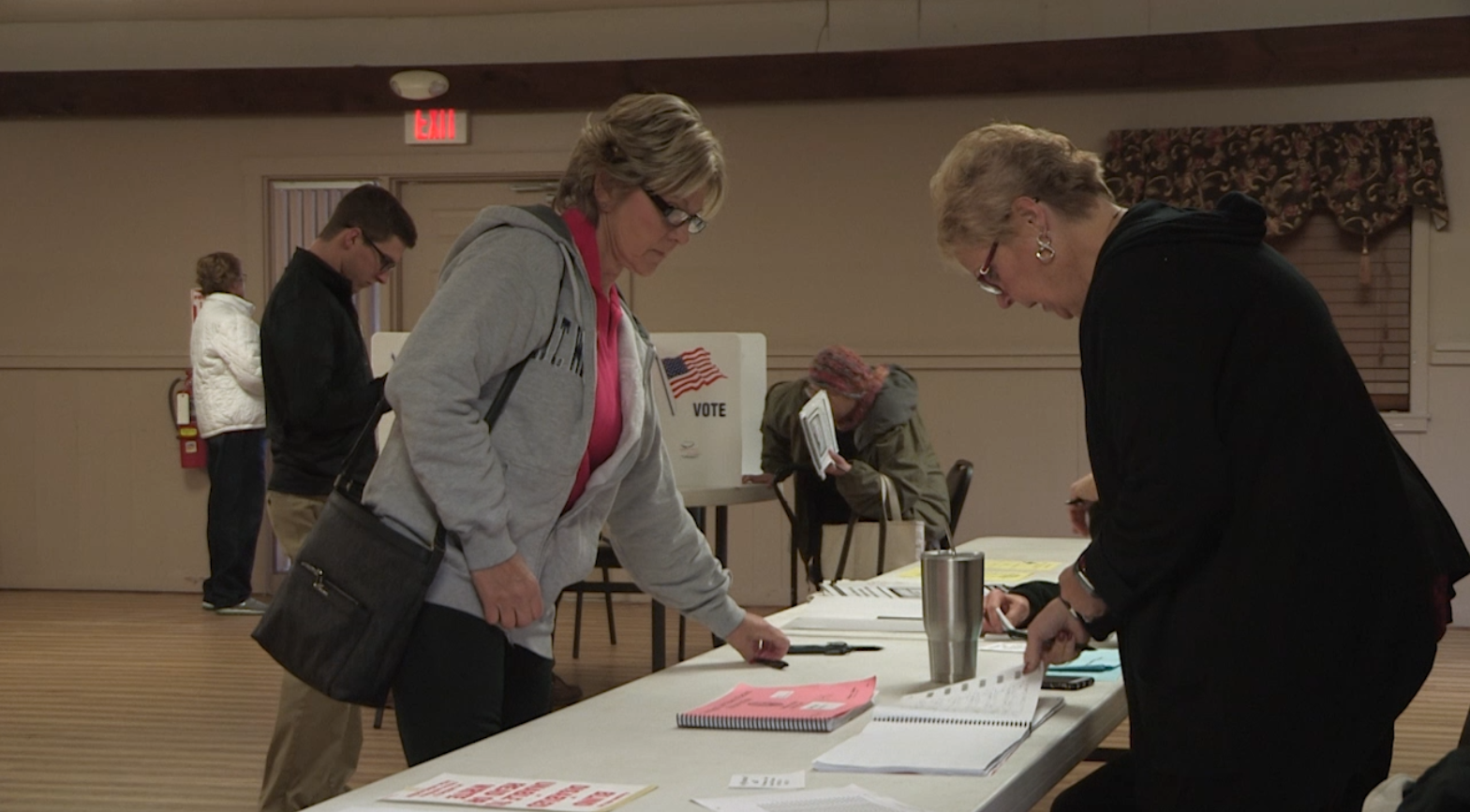 Even in an off-election year, voting officials are busy with a steady voter turnout. (c) 2017 Frank DeLuca