The Reformed Church of Syracuse saw a light turnout this morning on election, but that hasn't stopped voters and workers from looking forward to the day.© 2021 Johnny Gadamowitz

Reporter: If you walk up James Street in Syracuse, you’ll see signs like this lining the sidewalks. But all those ads come to an end here – at the Reformed Church of Syracuse. The site opened bright and early at 6 AM this election day, and 4 year polling site manager Jeff Unaitis says so far today, turnout hasn’t been off the charts.

Jeff Unaitis: Well obviously compared to November 2020, when we had about 20 people lined up at six o’clock, before we even opened the polls, this year we’ve been consistently steady but it’s not the turn out you would see in a Presidential year, or a Congressional race.

Reporter: So maybe a little bit of a quieter turn out, especially considering how early in the morning it is, but still, inside these walls, local voters know there’s a whole lot of important issues still at stake.

Mark: Obviously the pandemic is an issue, how you handle that. I guess big ticket things in the Syracuse area like the whole I-81 community grid thing, but regardless, every year you should be out and voting.

Reporter: And as far as what positions are up for grabs, there may not be anyone taking the oath of office, but that doesn’t mean these positions aren’t noteworthy. In fact, one voter told me she thinks it could matter more.

Erin: There’s a mayoral election for Syracuse, so that was definitely one of the main reasons I wanted to vote. But city legislature and common council as well are very important. Local elections are arguably more important than Presidential elections in terms of local policy, day-to-day.

Reporter: So whether you’re a voter like Mark or Erin, or a poll site manager like Jeff, elections offer everyone the opportunity to exercise their right, and feel good about it in the process.

Jeff: A year ago, we had an elderly woman who was brought here in a vehicle from one of the senior centers. She was not able to get out of the vehicle, but we’re allowed to bring out our iPads.

Reporter: It’s moments like that, that keep Jeff coming back. Johnny Gadamowitz, Democracy in Action. 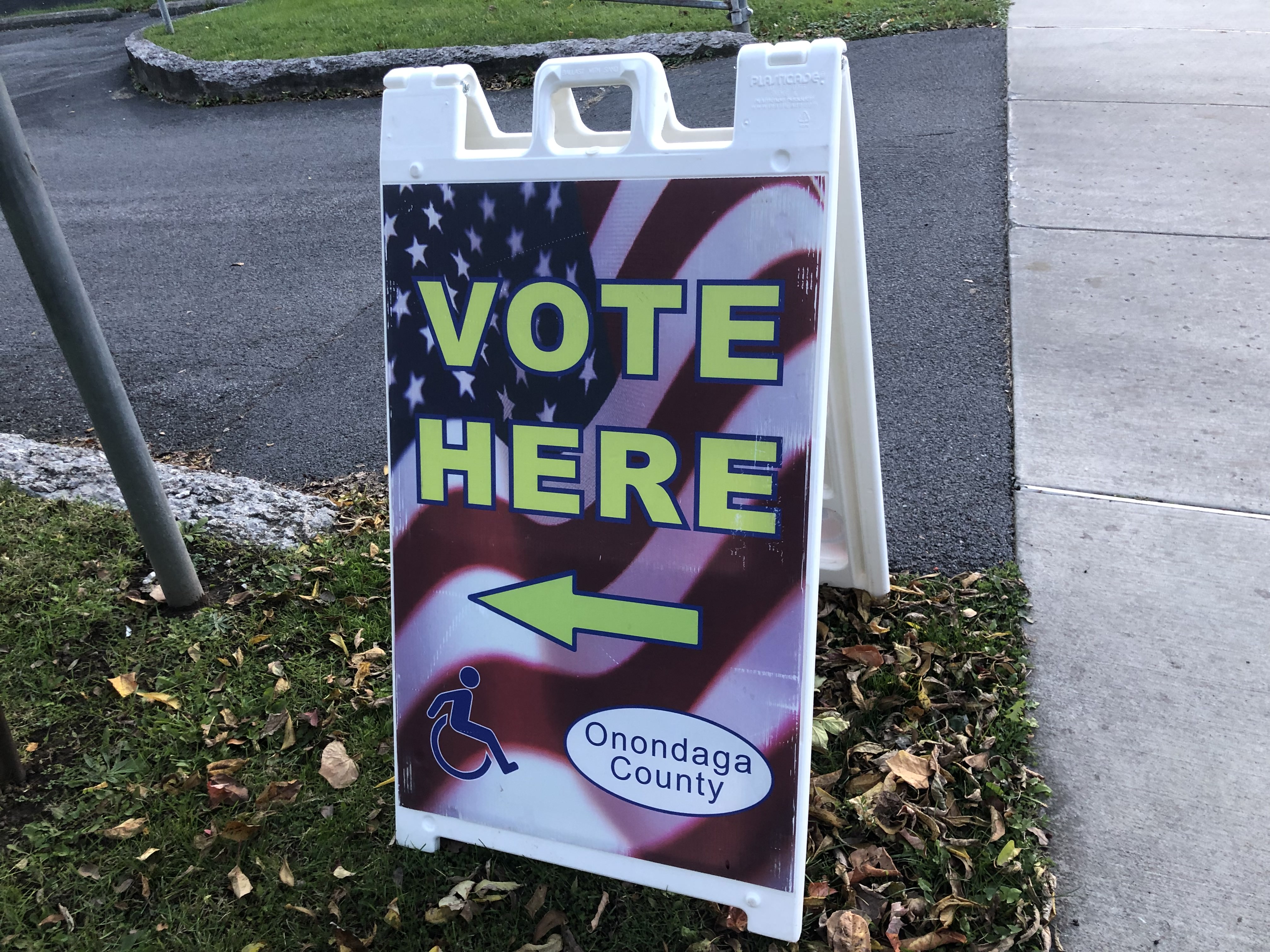 SYRACUSE, N.Y. (DiA) — The polling site at the Reformed Church of Syracuse opened at 6 A.M. Polling site manager Jeff Unaitis says the turnout has not been overwhelming.

“We’ve been consistently steady, but it is not the turnout you would see in a Congressional or Presidential race,” he said.

Unaitis recalled a time last year, during the Presidential election, when he felt particularly fulfilled by doing his duty.

“A year ago, we had an elderly woman who was brought here in a vehicle from one of the senior centers. She was not able to get out of the vehicle, but we’re allowed to bring out our iPads so she could generate her vote,” he said.

Still, looking at this year specifically, voters know that local elections matter, and aren’t missing the opportunity to cast their ballot.

Whether you are a regular voter or polling site manager, this Election Day offers the opportunity for Syracuse residents to take part in democracy. The polls in Syracuse will close tonight at 9 p.m.