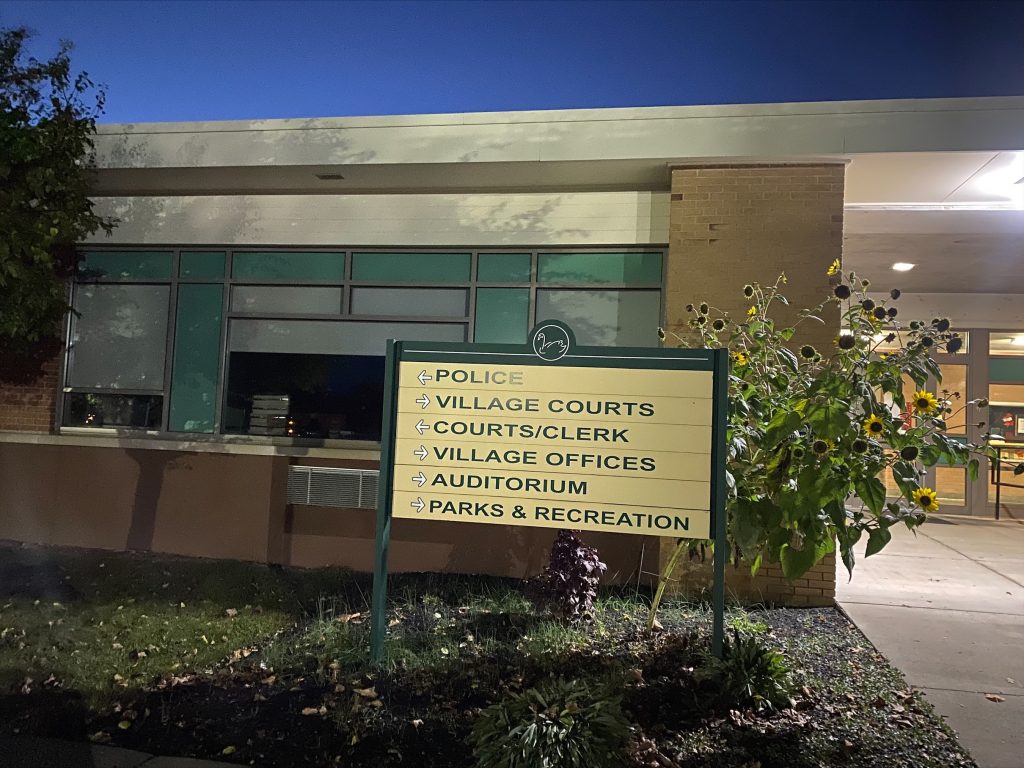 The gateway to the Manlius Village Centre polling site

Manlius resident Dennis Fernando would agree with the famous saying that “all politics is local.”

“Everything starts locally,” said Fernando, who voted Tuesday evening at the Manlius Village Centre polling site. “Change has to start from there in order for us to kind of move forward with bigger issues at hand.”

Fernando campaigned for Katelyn Kriesel, who won one of three seats up for grabs on the Manlius Town Council in a six-way race. He joined other Manlius residents like Emily Guarino in voting after work on Election Day.

Guarino, a teacher in the North Syracuse school district, teaches her students the importance of voting and was committed to casting her ballot Tuesday evening.

“I love it; that’s why I come out,” Guarino said. “I think it just feels good, like I’ve put my voice out there. I read up on the candidates as much as I can, and the proposals. You can’t make change unless you come out and vote”

In addition to the state-wide propositions on the ballot, Manlius residents also had to consider proposals to increase the term of office for the town highway superintendent and town clerk from two to four years.

Current Town Clerk Allison Weber has been the role for 13 years. She said civic engagement is increasing in the town.

“I believe that we have the most engagement that we’ve ever had – on a local government level,” Weber said. “People are attending meetings because you can do them virtually now. Even seeing the busyness that we’ve had today is a good sign. Everyone should participate.”

Manlius resident Nancy Stewart agrees. She says she tries to vote every year whether it’s a presidential election year or not. She thinks more citizens would turnout for local elections if they were better informed.

“There’s just much more information about the national election,” Stewart said. “That’s why people are out there.”