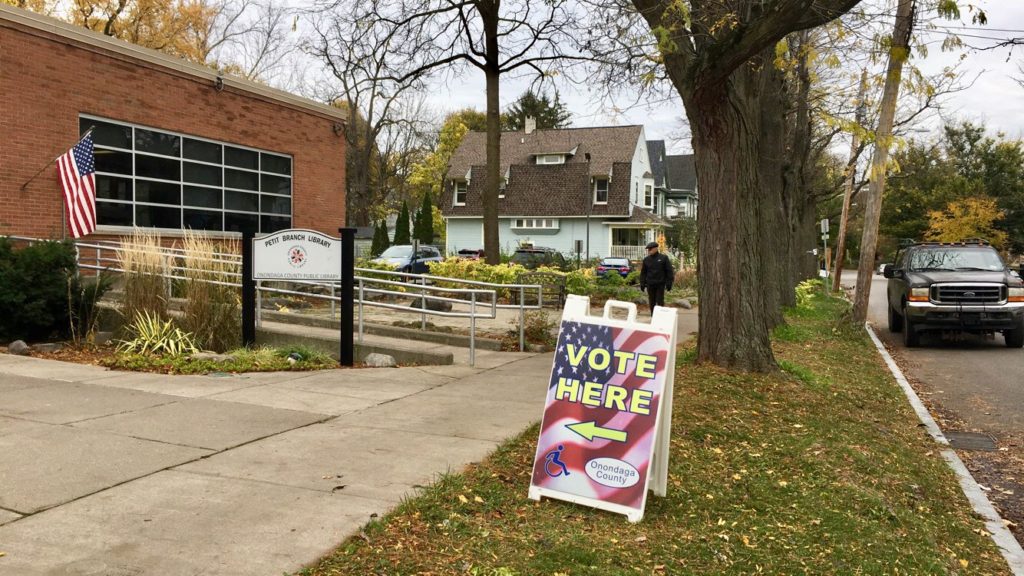 The Voters at Petit Branch are urging more people to come out and vote, and are fighting for voting rights for all.

SYRACUSE, N.Y. (Democracy in Action) – The polls are open on Election Day at the Petit Branch Library near Westcott Street.

“I find our polling place gets at least a third of its voters, we always have a good turnout. As years have grown, this district has a popularity with returning voters. They’re very committed in coming back and voting each year,” chairperson for the voting site Regina Villani says.

Villani has been working at the polling place for ten years, and is dedicated to eliminating discrimination. She says just because someone is not talking legibly, doesn’t mean they’re not thinking clearly.

“It was very important to me that nobody got excluded because they had difficulty reading or difficulty reaching the machine, or for any reason. I wanted to make sure that everyone had the right to vote,” Villani says.

Writer Tamora Pierce has been living in Syracuse since 2005, and is infuriated with last year’s voter turnout during the Presidential Election.

When asked about why it is important to vote in this year’s mayoral election, she urged everyone to show up and do their duty.

“After not attending the last local election, and after the disaster last year, I am voting in every single election that comes up, and I am telling everyone I know either vote, or expect me to get mad.”

Pierce believes that our country does not adequately stress the importance of voting, and is worried citizens have dropped into a pattern of inertia, meaning a tendency to do nothing.