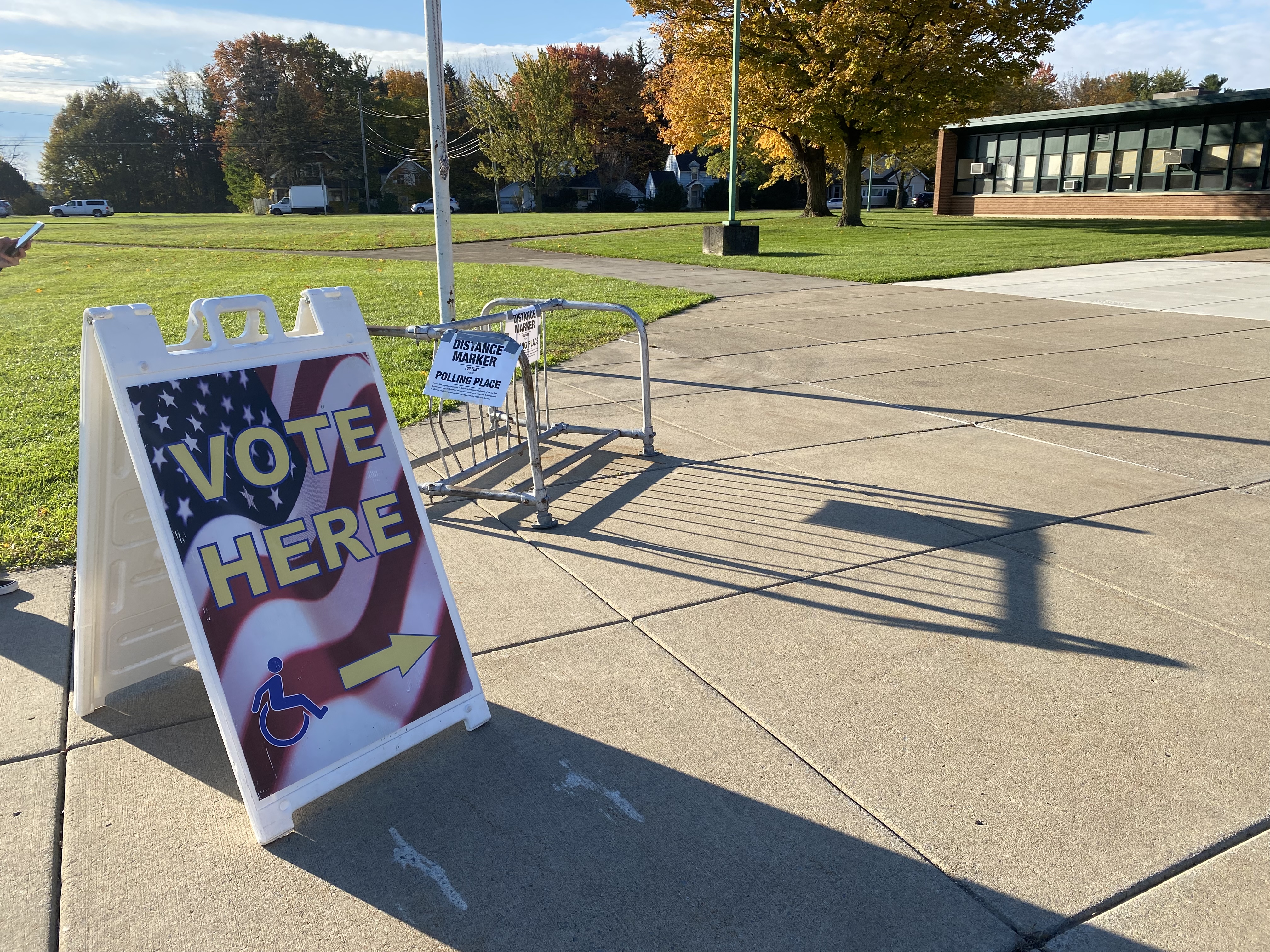 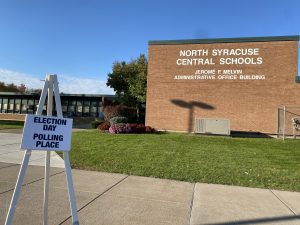 A total of 247 people voted in first 4 hours since the poll opened.

The ambiance became busier as more voters entered through the doors, and polling manager Bob Crabtree welcomed them.

“It’s a beautiful day today a lot of people are voting,” said Crabtree.

Thus far, the majority of voter turnout has been older people with less youth presence at the poll, although Crabtree mentioned that quite a few young voters were present during early voting.

The school district building is one of the biggest polling sites in the county and is considered a “supersite,” he said. This year the turnout is above average, partly due to eight districts being assigned to this specific station, two more than the previous year.

“We’re averaging one voter per minute. By the end of the day we’ll have 1,500,” said Crabtree.

Signs outside the polling station urge voters to vote against some of these amendments.

Crabtree believes some people might not think it’s fair to give voters the right to have same day registration or receive an absentee ballot.

One voter, a 58-year-old man named Kerry, arrived to the polling station in matching outfits with this wife.

He shared that it was his first time voting in this type of election.

“I could not believe they want to change the constitution on stupid uh, immigrant stuff,” said Kerry.

Another voter, Travis Glacier, 48, said that he had a nice voting experience and he is used to voting in local elections every year.