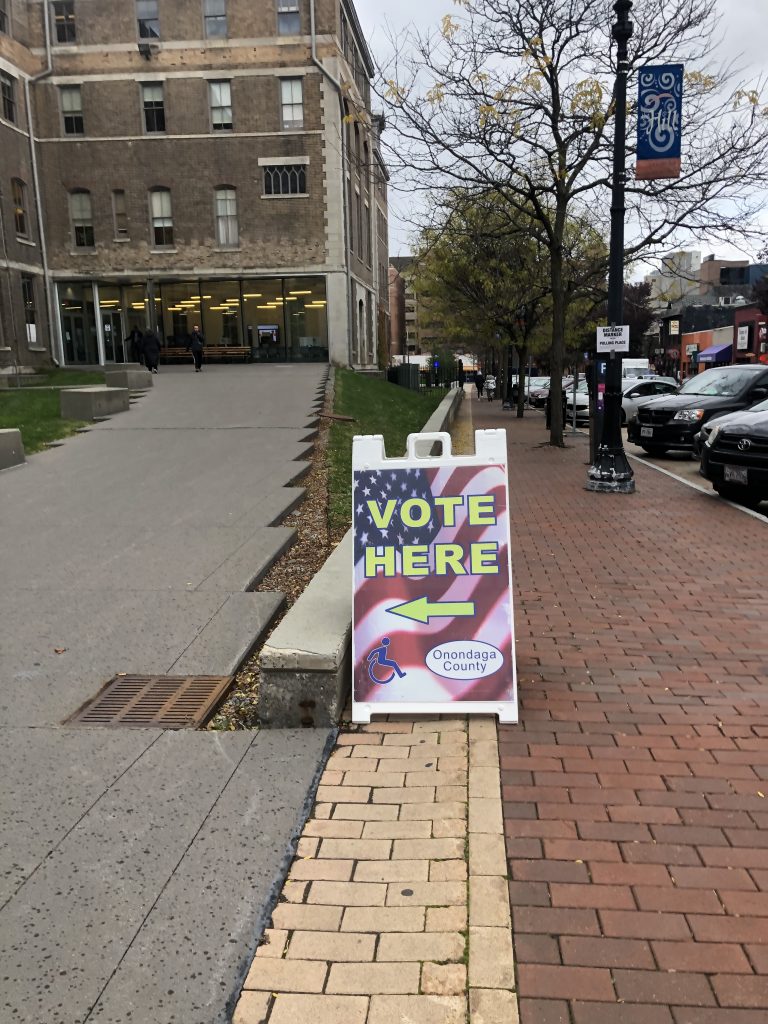 “Local leaders get to deal with the more direct issues that we’re dealing with on a day-to-day basis,” Zane said. “So if anything, I think it’s sometimes even more important at the local elections.”

Zane voted at the Huntington Hall polling place on Marshall Street, which tends to draw a lot of student voters. Site manager John Hohl-Shambo encouraged students to update the Board of Elections when they move.

“We have a common problem with students switching apartment addresses and not notifying the board of election,” he said. “So we have to send some away because we don’t have appropriate ballots,”

Luka Overdyk, a senior sports management major, said he was motivated to vote this year by the ballot propositions, which included a proposal that would eliminate the requirement that citizens register at least 10 days before an election.

“I always try to vote,” Overdyk said. “I think the proposed amendments on the back of the ballot this year are important. Because I think that they’re trying to make it harder for people to be able to vote, and that’s just not good.”