People are voting right as the polls open and saying that local elections are just as important as presidential elections in order to create change.©2021 Erin O'Brien

REPORTER: THIS MORNING AT THE SOLVAY FIRE DEPARTMENT, PEOPLE CAME OUT TO VOTES EVEN WITH THE LACK OF SUNLIGHT AND THE CHILLY WEATHER.

DESPITE THE EARLY MORNING, MEMBERS OF ONONDAGA COUNTY ARE OUT TO VOTE TODAY. MANY VOTERS HAVE SAID THAT THIS YEAR’S ELECTION IS JUST AS IMPORTANT AS LAST YEAR’S PRESIDENTIAL ELECTION.

WITH MOSTLY LOCAL ELECTIONS ON THE BALLOT THIS YEAR, PEOPLE ARE FINDING IT JUST AS IMPORTANT TO VOTE IN ORDER TO BETTER THEIR COMMUNITY. ONE VOTER SAID THAT SHE THINKS ONONDAGA COUNTY WOULD BENEFIT FROM MORE PEOPLE VOTING IN LOCAL ELECTIONS.

REPORTER: WITH EASIER ACCESS TO ABSENTEE BALLOTS AND EARLY VOTING, ONONDAGA COUNTY WILL LIKELY SEE MORE VOTERS FOR THIS YEAR’S LOCAL ELECTIONS THAT IN PREVIOUS YEARS. BALLOTS WILL START BEING COUNTED AFTER THE POLLS CLOSE AT 9 PM TONIGHT.

FROM THE SOLVAY FIRE DEPARTMENT, ERIN O’BRIEN, DEMOCRACY IN ACTION. 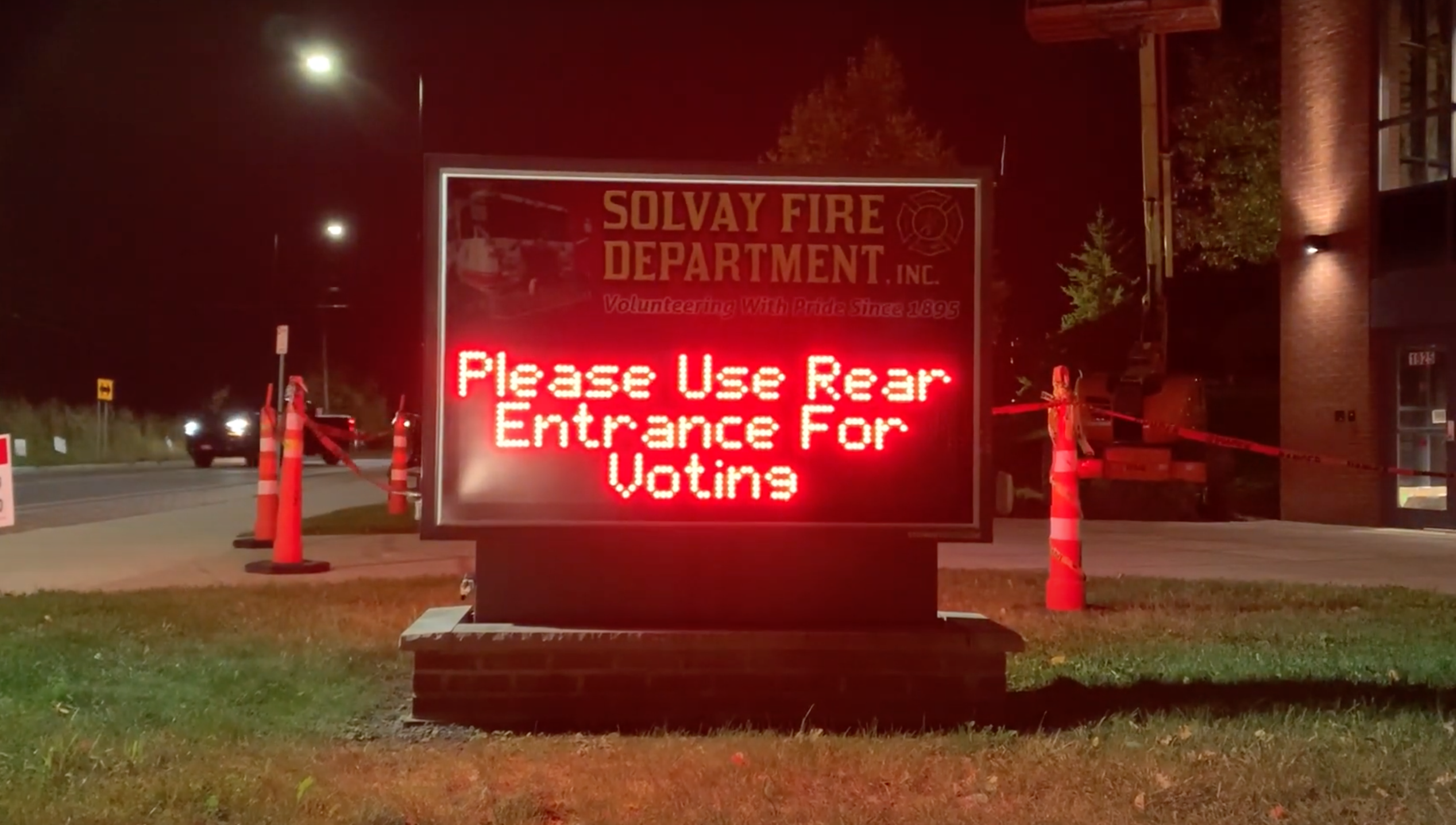 Solvay, N.Y. (DiA) – The Solvay Fire Department opened its Election Day poll at 6:00 this morning. Despite the darkness and the cold weather, a few people showed up right on time to cast their ballots. Though this year is not quite as crowded as last year’s presidential election, voters in Onondaga County still value their local elections.

This year’s ballot includes Onondaga County Legislature races and the Syracuse mayoral election. One of the first voters at the Solvay Fire Department election poll said she thinks more people should be voting in local elections.

As voting in New York through absentee ballots and early voting gets easier, more and more people are voting in local elections than in previous years. The polls will close at 9 p.m. tonight, and the ballots will then start being counted.