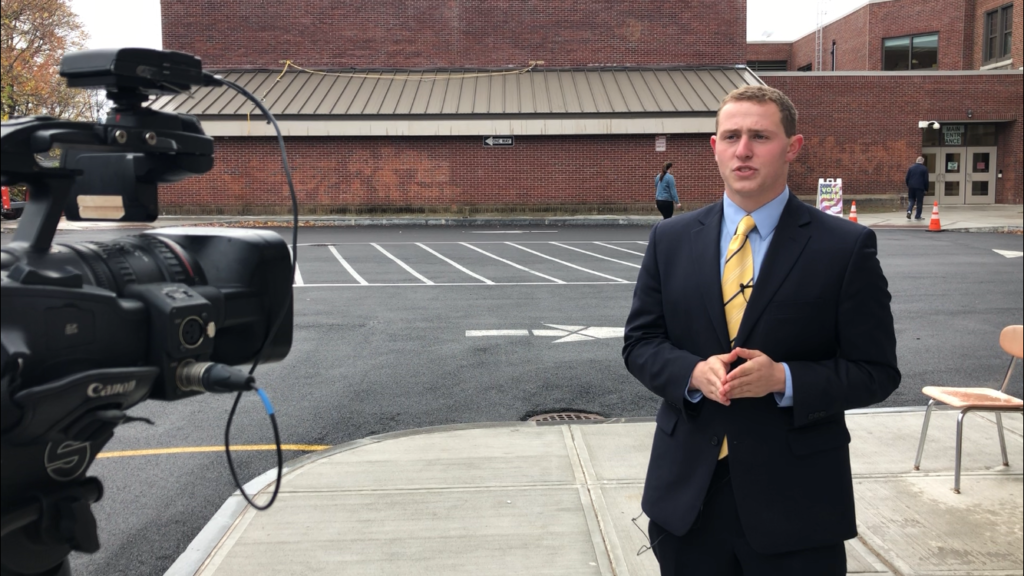 Is Early Voting Too Early?

CHICCHI
Central New York residents still showed up to the polls today, despite the recent implementation of early voting across New York State. Syracuse voter Andrea Wandersee says she chose not to vote early because she loves to celebrate election day.

WANDERSEE
I haven’t missed an election since I was 18. I did consider doing early voting because a lot of my friends are pushing that and, um, I think it’s important we have that option, but I like election day.

CHICCHI
But other voters have chosen to opt out of early voting for another reason. Central New Yorker Paul LaDolce fears that early voting might be held too early, causing voters to cast their ballots too far in advance.

LADOLCE
I like to wait until the last minute because you never know. The early voting I don’t really like. Some people maybe if they’re going out of town and they don’t wanna miss voting, would be a good convenience. Personally, you never know what happens on the last day before an election.)

CHICCHI
And LaDolce’s sentiment’s may be shared by other New Yorkers. At two point eight percent, Onondaga County’s participation in early voting was higher than the state average, but it was still lower than County Election Commissioner had hoped for this year. For NCC News’s Democracy in Action, I’m Claire Chicchi.

Syracuse, N.Y. (NCC News) — This year’s local elections in New York state featured a new way of voting. Residents of New York state had the option to participate in early voting, casting their ballots before November 5. While early voting seems like a proactive way to vote, some residents would rather show up directly to their polling locations on Election Day.

“I haven’t missed an election since I was 18,” she said. “I did consider doing early voting because a lot of my friends are pushing that and I think it’s important we have option, but I love Election Day.”

But other Central New Yorkers have different reasons for opting out of early voting. Paul LaDolce says that he fears information on candidates could change too close to Election Day, and would rather wait until the last minute to cast his ballot.

“Personally, you never know what happens on the last day before an election,” he said.

Onondaga County’s participation in early voting was higher than the New York state average, but it was still lower than one of the County Election Commissioners had hoped for this year.