Fayetteville Voters Follow A Tradition Of Going To The Polls 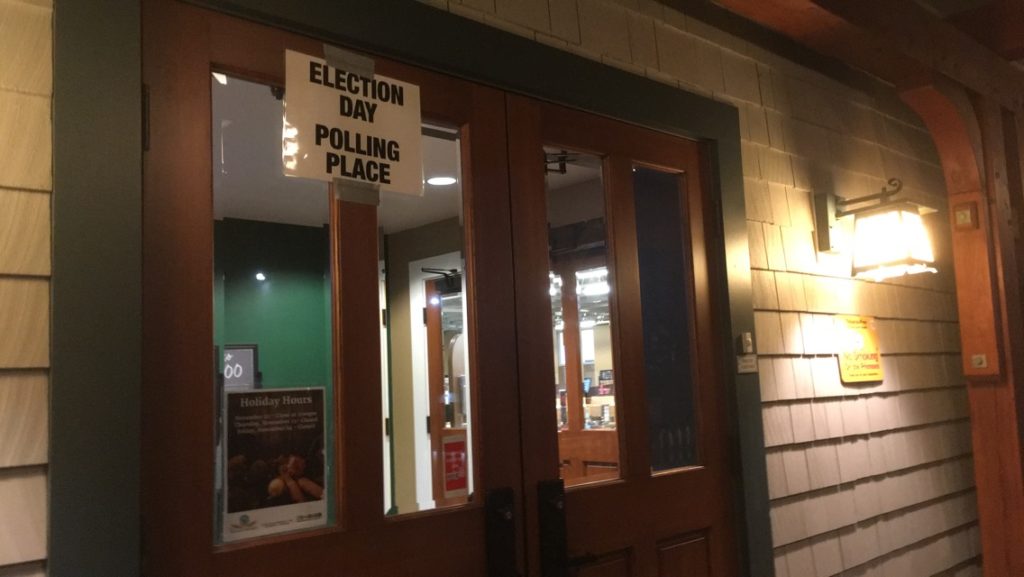 The Fayetteville Free Library remained open while the polls were open, so voters could still browse the shelves after voting. (c) 2017 Hannah Duncan

FAYETTEVILLE, N.Y. (Democracy in Action)—Many people braved the cold weather this afternoon to go to the Fayetteville Free Library and cast their votes.

One highly discussed race in this year’s elections is for mayor of Syracuse. Even though Lyndon resident Ann Dupree can’t vote for mayor, the race still interested her. According to Dupree, it does not matter as much who the mayor is or what party they support, but more what they do with their platform.

“I think that somebody that can unify the sides would be my choice. I wish them all good luck, whoever wins,” Dupree said.

Dupree went on to explain that she simply enjoys voting. “I always vote, I love to vote,” she said.

Another voter, who wished to remain anonymous, said that whomever the next mayor is needs to address poverty and job creation first.

“We’ve over the past several years lost several thousand residents in the greater Syracuse area,” the voter said. “So I think those two items would be very important.”

According to the voter, it is our civic duty to vote. For her personally, voting is not only a duty but also a tradition. Her grandmother was an immigrant and can now vote here, and she believes everyone should be compelled to vote because people in other countries do not all get the same opportunity.

“I think it’s just vitally important and if we don’t speak our minds through our votes, things cannot get done,” the voter said. “So when people don’t vote and they complain about who’s in office, I always ask them ‘Did you vote?'”

The Fayetteville voter hopes that after tonight, more people will answer yes to that question. “You can’t be absent from voting and then complain about what’s going on or what’s not going on,” she said.