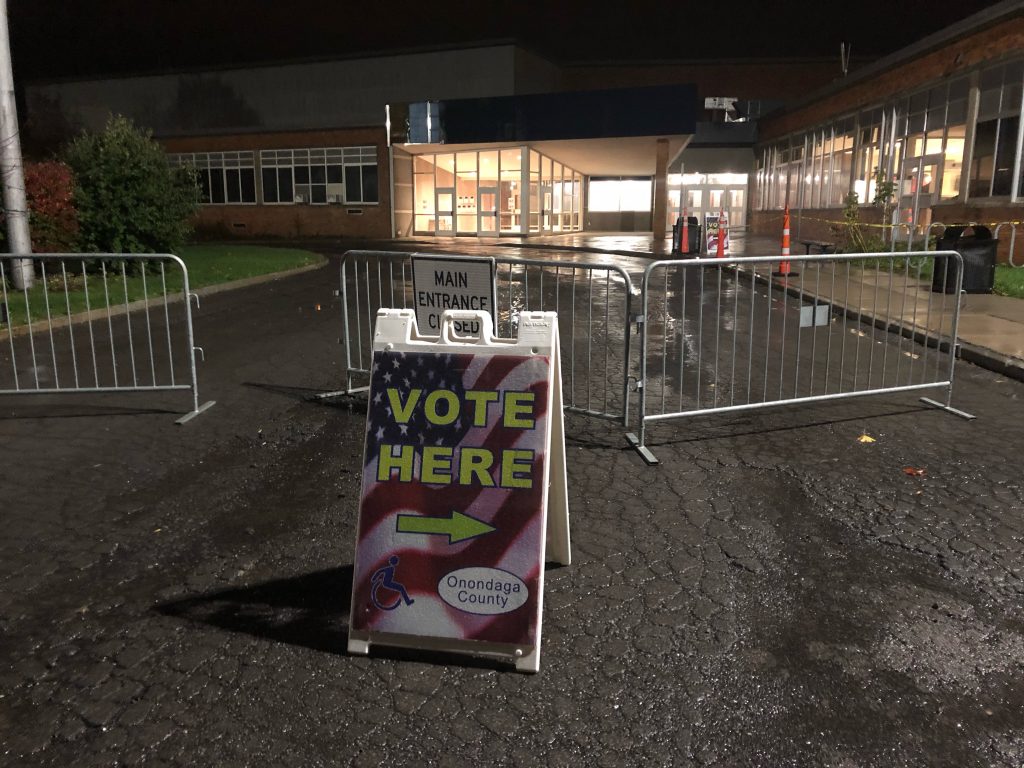 Syracuse, N.Y. (NCC News) – As the rain poured, final touches were being placed on what would soon be a busy polling site at Nottingham High School. Workers were preparing the hand sanitizer and bottles of disinfectants when the first two voters arrived at 5:45 a.m.

Not long after the polls opened at 6, the line was starting to curve outside the building where, despite the addition of multiple early voting options, people still made the decision to vote in person on Election Day. One of whom was Melanie Dunham, a nurse getting ready for her shift, sporting her Old Navy mask and determined to vote.

Dunham had been voting ever since she was 18, armed with the notion that “you just have to think that in the grand scheme of things your one little vote counts.”

Standing in line next to Dunham was 19-year-old Addison Simone, who was voting for an entirely different reason.

The University of Albany student made the two-hour drive back to Syracuse to vote before his first class of the day. He wanted to embrace the independence that college gave him from his parents and that included being far away from wherever they were voting themselves.

“This one is just so valuable and decisive,” Simone said. “It could really affect the lives of me and others if either the left or right side takes over.”