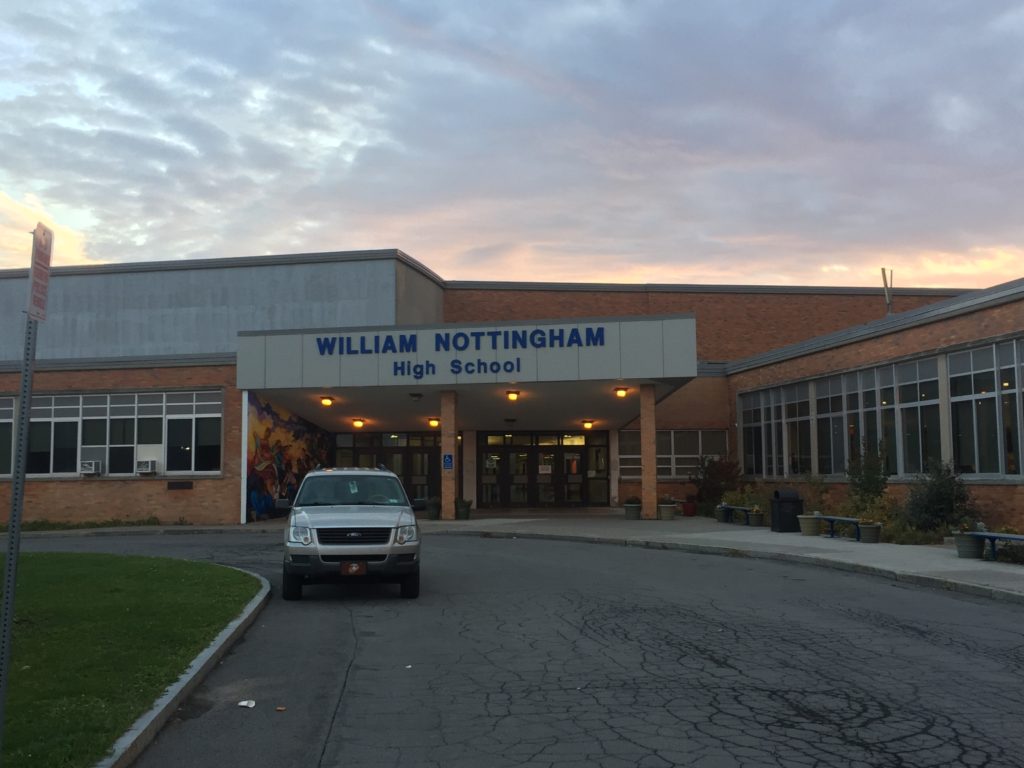 Voters arrived at Nottingham High School before the doors were open this morning. (c) 2017 Tim Collins

For one Syracuse voter, Election Day is emotional.

SYRACUSE, N.Y. (Democracy in Action) – Voters arrived at polling stations across Central New York early this morning to cast their ballot in today’s election. Some voters waited outside Nottingham High School for nearly 30 minutes before the doors opened at 6 a.m. While some people vote early because they have to get to work, others arrive early because of an emotion connection to election day.

“Voting, it brings tears to my eyes,” said Syracuse resident Jeff Fudesco. “To have a say in the governance and the well being of our society, our families, and the future of our city.”

Making sure to vote on Election Day has been a priority of Fudesco’s since the first time he was able to do so.

“I’m out on every voting day since I, I turned your age young man, since I was 18.” said Fudesco. “That’s how I was educated”

With a number of seats available in today’s election, each voter tries to remember why they head to the polls to make their selection. While each voter has their own motivating factors behind the way they vote, for Fudesco it’s simple. Family.

“My son, my daughter,” said Fudesco.

Results of today’s election will be available to voters after polls close at 9 p.m.