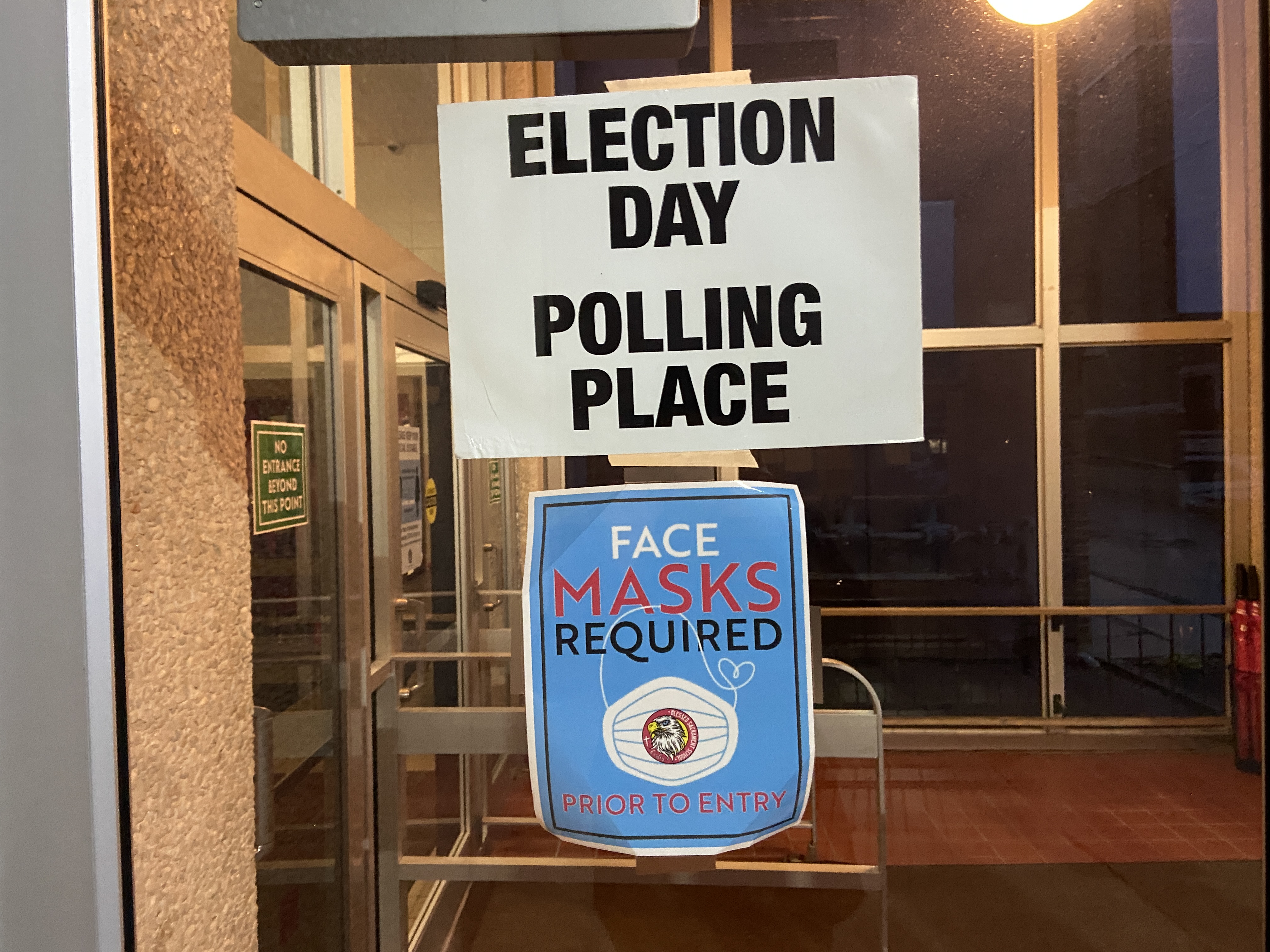 Syracuse, NY (DiA) – Kate Saufley, a poll worker at People’s Equal Action and Community Effort on Basset Street, is excited to work the polls today but does not think it will be busy due to early voting. Saufley, who is in her second year of poll working, felt that it was her civic duty to help at the polls since so many retired people could not help out last year due to COVID, and now she is back for a second year working the polls and as she said, fulfilling her civic duty.

Saufley thinks that COVID has changed the landscape of how people vote and because the option to request a mail-in ballot or vote early was highly requested last year, that same trend has followed into this year.

“I just did early voting on a site on Saturday on the north side, which covers a large district, and we had 153 people come through,” Saufley said.

Due to the high volume of people that Saufley experienced in one day over the weekend, she believes that the polls are not going to be as busy as they were pre-COVID, however, Saufley does think that there has been a lot of involvement surrounding voting.

“It’s my sense there’s a lot of hot button issues that people are interested in. I think, in general, Syracuse tends to be quite blue, so you’re gonna have mostly Democrats voted for really, just looking at the sample ballots on the wall,” Saufley said.

Saufley, who lives in the Syracuse University neighborhood, is most interested in seeing the results of the mayoral race and said that Khalid Bey has been active in her community, but she is unsure if he will unseat current mayor, Ben Walsh.

“Khalid Bey has made a good name for himself in the SU neighborhood. He’s been quite active, helping us with neighborhood issues, so I think he’s pretty popular,” Saufley said.

Polls will be open until 9 p.m. tonight, and while Saufley, along with thousands of others in the county, have already turned in their ballots during early voting, Election Day is in full swing in the City of Syracuse.