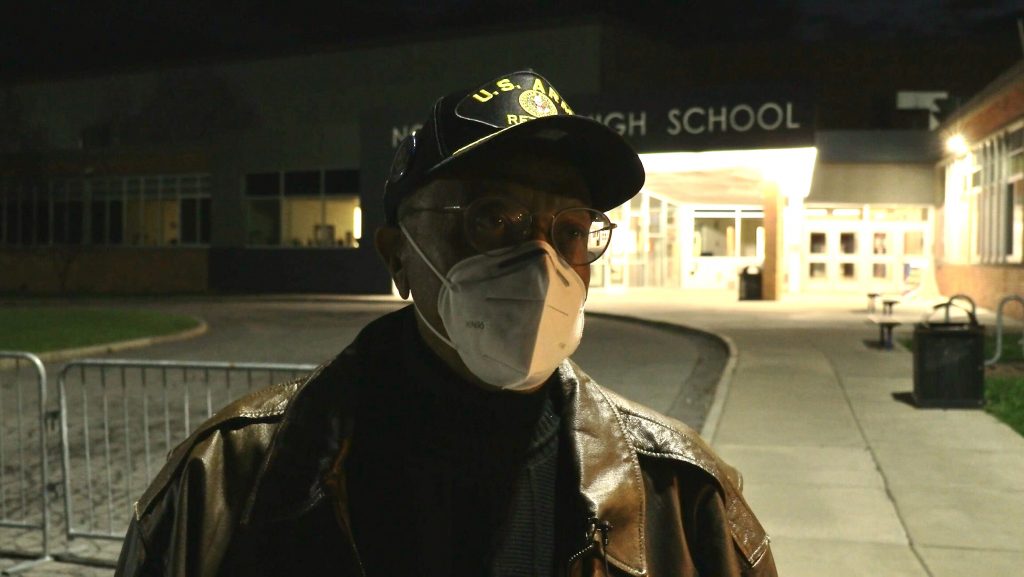 SYRACUSE, N.Y. (DiA) – Polls opened today at 6 a.m. for the 2021 Syracuse mayoral election, and 79-year-old Dr. Ruben Cowart was among the first to enter Nottingham High School and cast his vote.

“I wake up early, and I come to vote early,” Cowart said. Cowart is a retired U.S. Army reserve Lt. Colonel and a healthcare worker. He’s a dentist who founded the Syracuse Community Health Center in 1978 and acted as president and chief executive officer. He retired from the center in 2014.

Cowart arrived to vote in his retired U.S. Army veteran hat and leather jacket on this brisk election day morning. He says he votes every year.

“I don’t think, I know that it’s important that we exercise our right to vote to certainly help determine who represents the constituents of this community,” Cowart said.

While he did not have a main issue he was basing his vote on, “I think that we should try to select the individual who can represent constituents and their community most effectively,” he said.

Steven Carey also arrived early to the polls at about 7 a.m.

“I always do it early,” he said, explaining that he gets up early every day and there are fewer lines in the morning.

Like Cowart, Carey is retired, though he formerly served in the Marine Corps. He now works games at the Carrier Dome. He said he’s been voting for years.

“When I was doing it first, I think was 21 when I first started. I was in the Marine Corps then. 1970, 71, something like that,” he said. “Everybody should be doing it. Just gives them a little piece of the action.”

“And so although the kids might have off across the county, we still go in, so you have to get it done. It’s a pretty convenient time,” Patricia Mullaney, a teacher at C.W. Baker High School in Baldwinsville, said.

Mullaney teaches history to high school juniors, and she said she tries to keep them at least semi-informed even if they’re not yet old enough to vote.

“Going with your gut, you know, what the value is to you and your community. So we do try to talk about all the issues, everything from politics to economy, and we always try to bring it relevant to today,” she said.

Among her students, Mullaney encourages participation in local elections, telling them that “this is the most direct democracy you’re going to get if you want to have a say.”

For these early voters, their community and choosing who represents it is important. Carey encourages those who are staying home on Election Day to go out and vote.