DeWitt Voters Are Eager To See Change Come To The Area 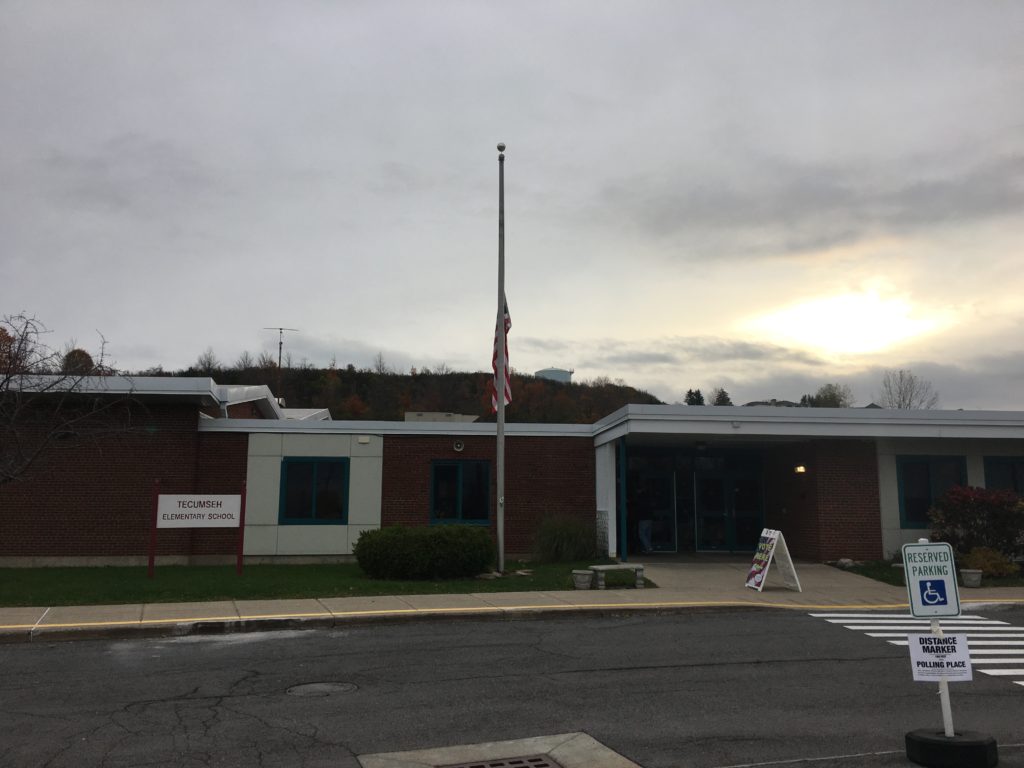 Tecumseh Elementary School in DeWitt is one of the many polling sites for today's election. (C) 2017 John McMullen

Mary and Randy Young discuss what they would like to see out of this election.

DEWITT, N.Y. (Democracy in Action) — A bevvy of people come out to the polls on Election Day in Central New York, from all types of demographics. There are new 18 year old voters, and then there are people like Randy and Mary Young.

The Youngs have lived in DeWitt for many years, with their children passing through the local school district. Mary has lived there all of her life, while Randy has been there since 1973. The two came to the polls today to fulfill their civic duty, like they always do.

“It’s our constitutional duty,” said Mary. Randy adds, “we always vote. We feel like it’s important to come out and vote locally.”

The two have hopes for an improved DeWitt community with a new wave of elected officials making their way into office. They’d like to see improvements made to the industry around the Syracuse area, as well as some alleviation on their taxes.

The Youngs, being residents of DeWitt for a long time, are friendly with many people around the community. After leaving Tecumseh Elementary School (where the two went to vote this morning), Randy had a quick conversation with another voter about his golf game.