Dedicated Voters, Turning Out For Change 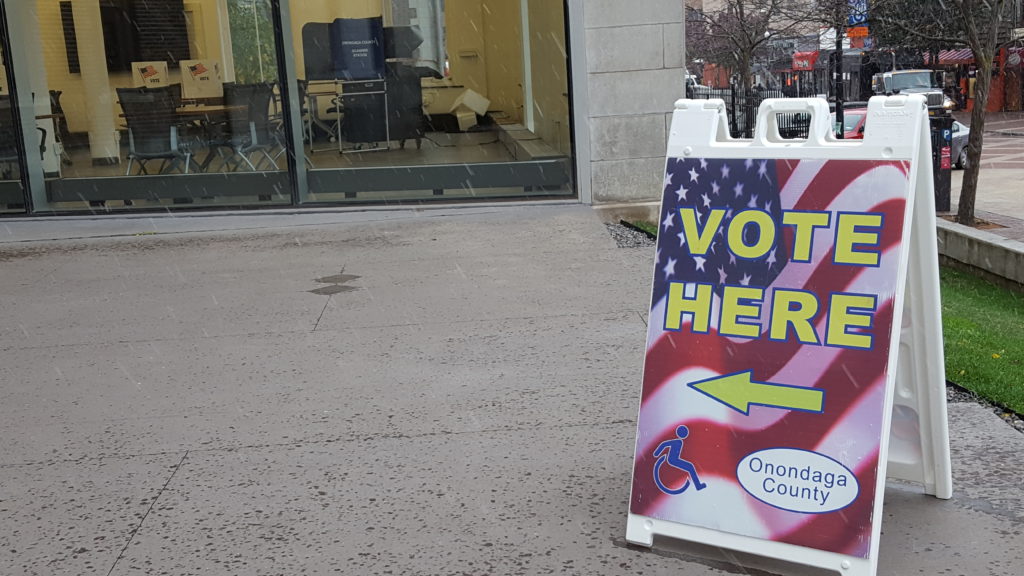 Today is Election Day and change is on the way.

SYRACUSE, N.Y. (Democracy in Action) It’s Election day here in Onondaga County and today is all about change for many voters. Many voters are turning out for this local election to make sure they are exercising their democratic right. For Syracuse resident Frank Casamento, going out to vote is about making sure that your voice is heard.

“Ya’know, people who complain about… ya’know, things that go on, they don’t vote, ya’know they have nothing to say.”

There is no doubt that this election is going to have a big impact on the county for the next few years. There are many new faces, especially in the mayoral race, where none of the candidates has ever held office before. There are also several important propositions on the ballot, including whether or not New York needs to hold a Constitutional Convention to alter the state’s laws. Michael Colabello, who brought his young daughter to vote with him today, says that voting is a responsibility, and that being a voter is about making a difference.

“Its uhh….just a chance to get involved and….um…hopefully affect change.”

Voters here at the Reformation Church on Teall Ave appear to agree with Colabello, as they affect change with their ballots.