Close Proximity of Polling Stations in Minoa Confuse Some Voters

The Village of Minoa had two polling stations within a minute of each other. A higher number of voters came, but some were confused as to which polling station they should go to. Video produced by (c) 2019 Nick Ursini.

REPORTER NICK URSINI: About 20 minutes away from Syracuse in Minoa is the Minoa Clerks office, one of two polling location for the village. Even with early voting being called a success, the workers were still surprised at the consistent number of voters despite the bad weather outside.

BILLIE TRAPANI: “We were surprised that so many people were coming out because we had the early voting, but we haven’t it’s been a good turnout.”

REPORTER NICK URSINI: Billie Trapani is a voting system specialist as well as an undergraduate academic support corrdinator here at Syracuse. She’s been helping out with elections for eight year now. As of 5:30 Tuesday afternoon, the Minoa Center has three hundred and fifty five voters with still three and a half hours to go.

REPORTER NICK URSINI: ” You can either vote here at the Minoa Municipal Building or you can go just down the block there about a quarter mile away to another building to vote. Depending on where you are in the district.) (Track 3)

REPORTER NICK URSINI: That other building is a bigger space to accommodate more voters. Because the two were point two miles away, some voters got confused on where they should cast their ballots.

BILLIE TRAPANI: “We have had to move a lot of people over there because they thought they were voting here and sure enough they had to vote there.” 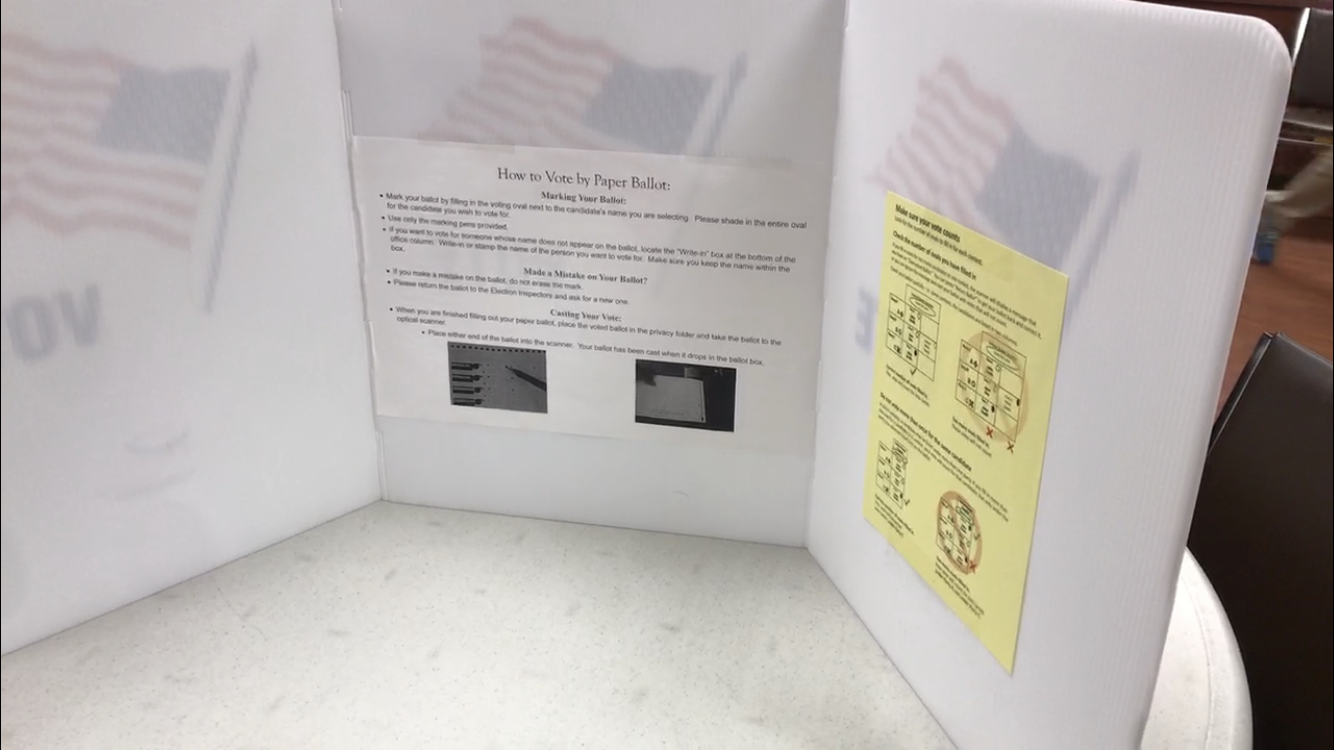 MINOA, N.Y. (NCC NEWS) – In the Village of Minoa were two polling places where residents could cast their vote.

Minoa is a smaller village with around 3,500 people. Even with the New York State early voter registration deemed a success, the municipal building was steady all day.

“We were surprised that so many people were coming out because we had the early voting, but it’s been a good turnout,” Voting System Specialist Billie Trapani said.

Trapani has been helping out with election for eight years now.

Just two minutes up the street was the parish center. That building was much bigger to accommodate more voters.

Because the two were so close together, some voters got confused on where they should go to cast their ballots.

“We have had to move a lot of people over there because they thought they were voting here and sure enough they had to vote there,” Trapani said.

Trapani had to take off from her day time job to work the election.

She got there at 5 a.m. and was scheduled to work the entire day.

“Thanks to my co-workers and food to help me get through,” Trapani said. “That being said, I feel like it is my civic duty as a citizen of the county to help out in anyway I can.”