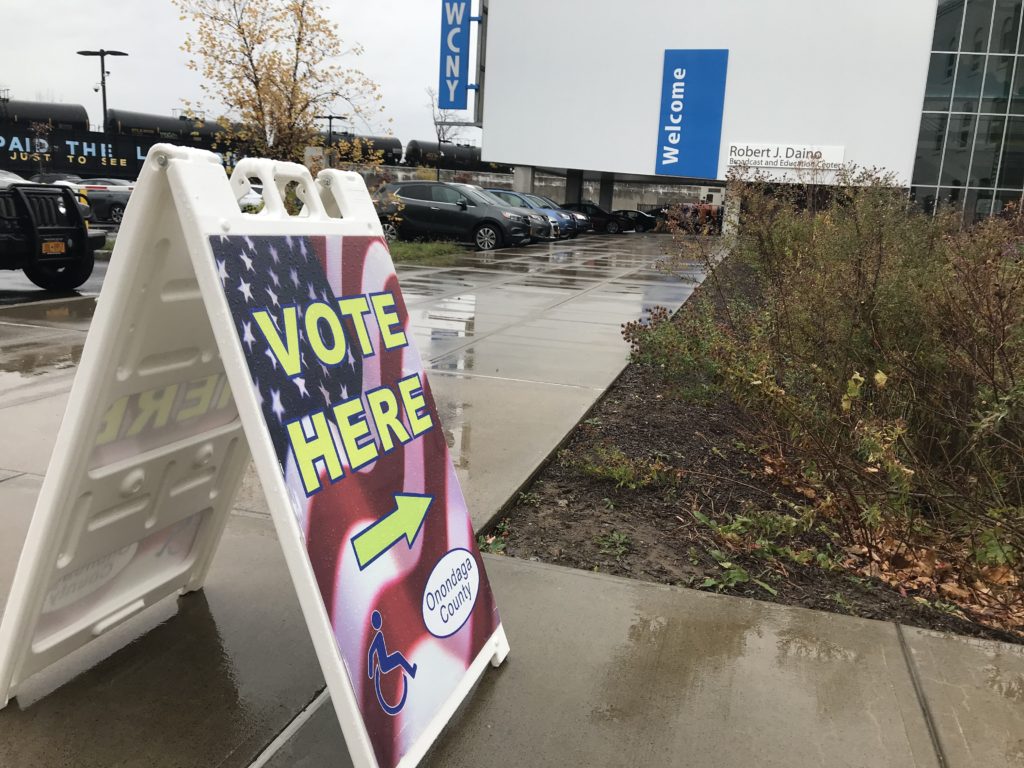 Bryan Hudnell: It’s Election Day here in Central NY and voters from around the area are going to the polls. As part of our Democracy in Action coverage, we talked with voters about why they choose to participate in the democratic process this year. One of those voters is Syracuse resident Helen Dewey. Dewey says it’s important for everyone to vote each year and have their voices heard.

Dewey: It takes two minutes. It’s not a big strain, it’s not a big inconvenience but it has huge ramifications.

Bryan Hudnell: Dewey says an unhealthy political climate stemming from the 2016 Presidential Election is her main reason for voting this year. According to Dewey, the current political environment has inspired voters like herself to get to the polls.

Dewey: The silver lining in all of this is that we’re all becoming more engaged as citizens. A lot of what happened is because people did not show up to vote.

Syracuse, N.Y. (NCC News) — The emotional fallout of the 2016 Presidential Election is still on the minds of central New York voters as they head to the polls for today’s Election Day.

A portion of Central New York voters is dissatisfied with the current political climate under President Donald Trump. For voters like Helen Dewey, a Syracuse resident, her vote means more to her than it ever has before.

“I am very much displeased with everything that’s happened and I’m horrified by the public policy that’s resulted from it,” Dewey said. “I can do my part and do something about it.

According to Dewey, discriminatory and harmful legislation passed under the Trump Administration are trickling down to the local levels of government and it is the responsibility of everyday citizens to get to the voting polls and make the change themselves.

“The silver lining in all of this is that we’re all becoming more engaged as citizens,” Dewey said. “A lot of what happened is because people did not show up to vote.”

The state of New York recently became the 39th state to allow early voting for local elections. In addition to hundreds of locations set up around the state, Dewey believes it is now easier than ever to cast a vote.

“It takes two minutes,” Dewey said. “It’s not a big strain, it’s not a big inconvenience, but it has huge ramifications now more than ever.”