After 35 Years, One Syracuse Man Still Believes in the Power of His Vote 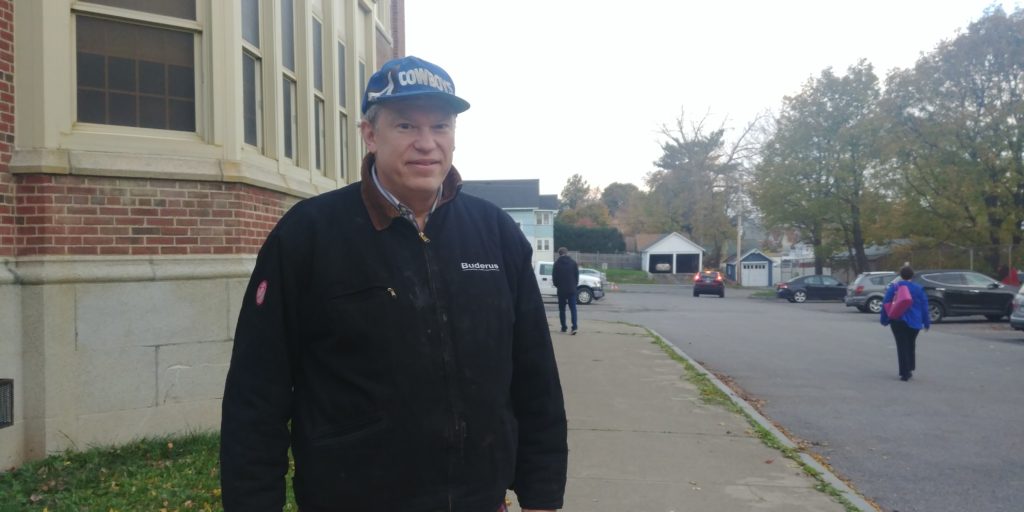 SYRACUSE, N.Y. (Democracy in Action) — Kurt Knudsen made his way to the polling center at Huntington PreK-8 School in the Eastwood neighborhood of Syracuse with a smile on his face and slippers on his feet. Today marks the 35th year Knudsen has voted in an election.

“I could never imagine not voting in an election,” Knudsen said. “It amazes me that some people don’t take this opportunity.”

Knudsen joined the voters who embraced the cold weather this Election Day to voice their opinions. He joked with many other voters walking into the school that the only time he has missed an election is when he fell ill one year as he was on his way to the polling place.

“I have voted for every election since I was 18 years old except for one,” Knudsen explained. “And the one year I didn’t was because I literally passed out while I was waiting.”

For many others, voting has always been a way for them to help better the city and the communities surrounding. Jenn Dixon proudly wore her “I Voted” sticker on her shirt as she spoke on the importance of understanding who is running and what they stand for.

“These are the people that run our government,” Dixon said. “If we don’t vote, we have no say in our city or county.”

Both Dixon and Knudsen said that if people within the city want to see change, they need to start by voting for what they believe in.

“If people don’t vote, they don’t have a justification to ask why things don’t change within the city,” Knudsen said.